How does flowtrackd detect DDoS in DSR

Cloudflare recently announced flowtrackd which can detect DDoS in [DSR]([[Direct Server Return]]) scenarios. It’s quite interesting since most DDoS protections need the gateway working in the reverse proxy mode, in which the traffic coming and leaving through the same device. Then the gateway can track connection statuses since it observes every packet. I am not an employee of Cloudflare and have no insight of how flowtrackd is designed, but I’d like to have an educated guess.

Here’re some things we need to know before talking about how flowtrackd works. Let’s go over them in case you can’t remember.

Whenever the client tries to establish a TCP connection to the server. A 3-handshake is required in the following steps:

Similarly, a termination requires both tunnels to be torn down from both side:

Reverse proxies have visibility of all packets in all connections, but DSR can see incoming traffic only as shown in the following picture (borrowed from Cloudflare). 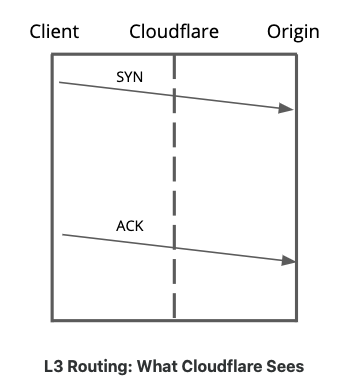 My guess of how flowtrackd works

Indeed we have less information in DSR, but it doesn’t mean we can’t detect DDoS.

I believe the logic is straight forward and I present it as a flow chart to save time for you and me. 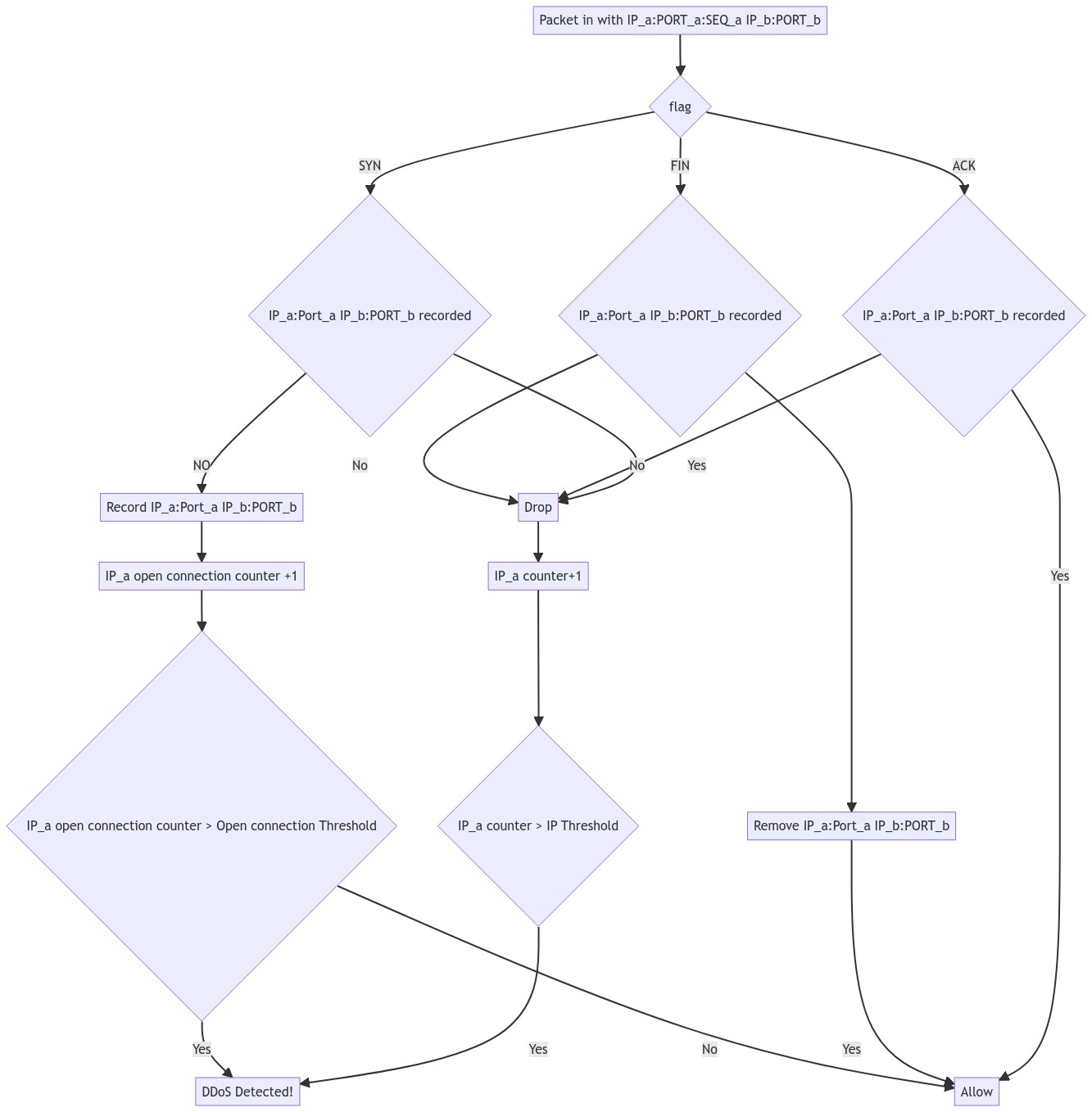 The flow won’t work well if we don’t have some assistance, which I have in mind are proper timers, especially the open connection timeout timer.